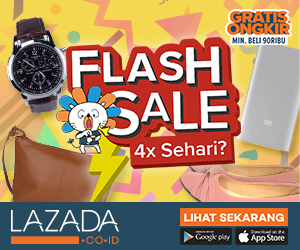 Smartphone ownership and usage continues to skyrocket worldwide. The mobile phone is quickly becoming the primary device that users choose to browse the internet. Having a strong mobile marketing plan in place is crucial for businesses who want to reach the widest possible customer base. There are several avenues for reaching customers via their mobile devices. The following article will take a closer look at mobile web marketing, with a special focus on the development of responsive design grocery list.

Mobile web marketing refers to the creation and use of a website optimized for mobile devices. When smartphones first began to browse the web, most sites were built to be viewed on desktop monitors. However, early smartphones started out with very small screens. Even with the development of high-resolutions screens, viewing a large website on a small screen required superhuman visual acuity. Mobile users were forced to zoom in and then scroll back and forth just to view the site.

This less-than-perfect situation led to the introduction of mobile optimized websites. Many businesses began to maintain parallel sites-one optimized for desktop computers and the other sized for viewing on mobile phones. This type of mobile web marketing gave early adopters an advantage over competitors who did not respond to the needs of mobile users. But there were negatives to this approach. Essentially separate sites had to be maintained, users had to be directed appropriately based on their device, and mobile sites were frequently criticized for displaying only an edited version of the total site. Mobile users began to feel like second-class citizens, forced to view a site that was a mere shadow of the main web experience.

As mobile devices expanded in usage, new technologies were introduced. The market became filled with larger smartphones, tablets, mini-tablets, netbooks and more. Each of these devices had differently-sized screens. Designing a separate site for each resolution became unworkable. The obvious answer finally became technically feasible, and responsive web design was introduced.

Responsive design is just that-the website’s design responds to the device being used to access it. The site is built according to principles that allow for maximum flexibility. Earlier web designs created pages and page elements sized in pixels. If a webpage was meant to be 1000 pixels wide, that’s how it would be displayed regardless of the viewing device. Responsive design works in proportions instead, like 100% for full width and 50% for half. This makes possible on-the-fly sizing and layout. Fluid grid layouts mean that page elements that might be displayed side-by-side on a desktop will be arranged in vertical order on a smartphone. Responsive web pages also interact with the device, essentially asking it what capabilities it has, then serving up a page within those parameters.

Responsive web design is a plus for businesses who want to reach all their customers via the web. They can return to concentrating their work on a single website and trust responsive design to deliver a consistent user experience across all types of devices. And an improved user experience for their customers will translate into a more positive reception of the company’s marketing messages.